PSYCHOLOGICAL WEIGHT IN SLOT-BASED ENCUMBRANCE: The burden of magic & sin

WHAT IS BURDEN?
Ultra Violet Grasslands (now ENnie nominated!) by Luka Rejac is a wonderful book that distracts you so much with beautiful evokative art that you might miss some of the awesome rules tucked away in there. One of my favorites is below: SPELLS ARE INVENTORY TOO 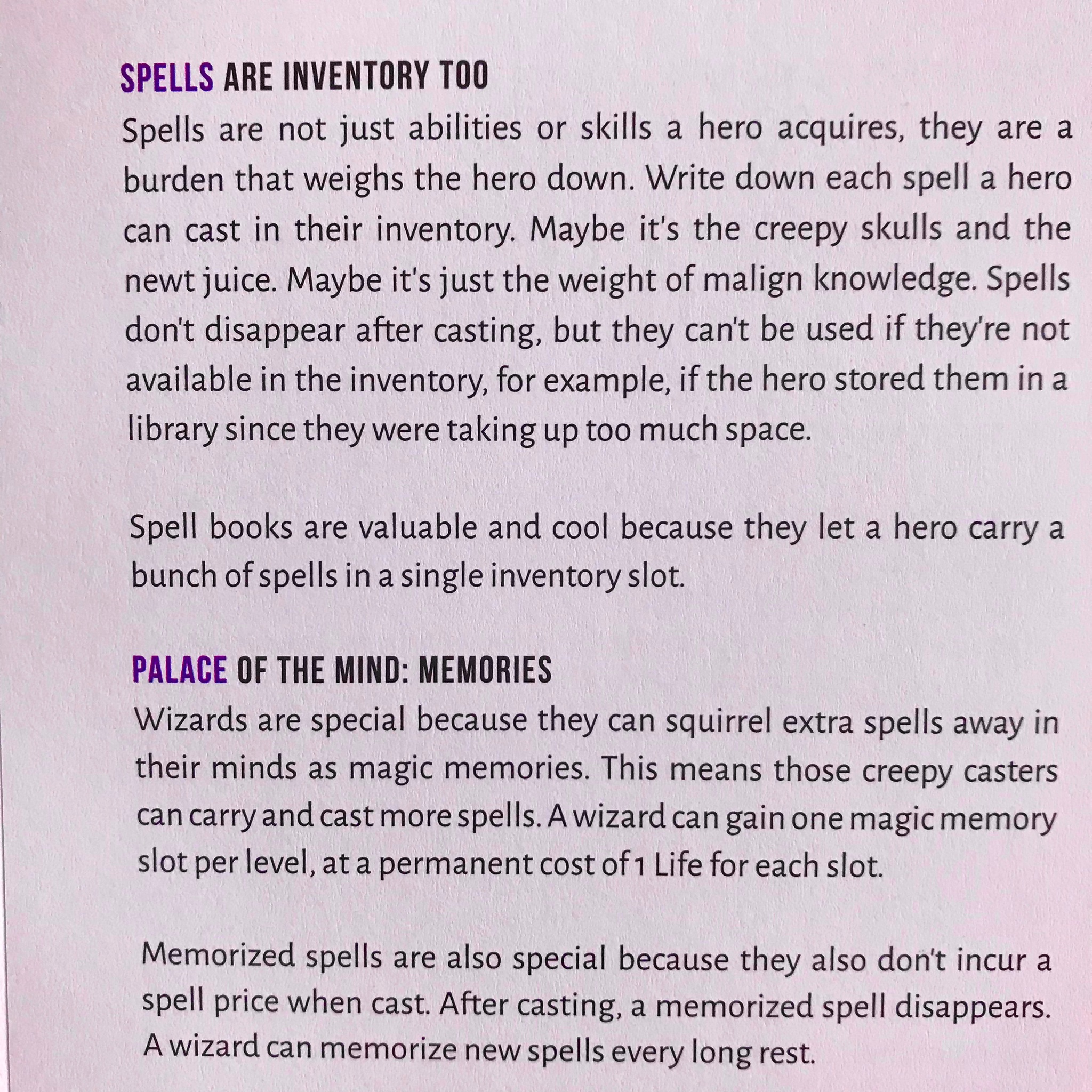 A character in UVG can carry about 10 significant items. So spells can take up slots just like any other item, tool, or weapon. Spells carry a psychic weight which encumbers the character. And this makes sense in my experience. One can be so occupied with a problem that it literally weighs you down. But riffing on that, why stop at magic?

Magic items could also take up extra encumbrance due to the psychological weight of carrying them despite their size- like Frodo and the Ring at the end of LotR. Elric's Stormbringer might be another. A good candidate might be the Deck of Many Things- just a deck of cards, but the weight of its potential fate-changing power is great.

More mundane items could do the same thing. For instance, if your PC is carrying the decapitated head of a ruler. A head might take up 1 slot, but the psychological weight could make it greater. Extending this further, what about sins or breaking of oaths?

Every time the PC sins or goes against some aspect of their background, oath, or pledge- they have slots taken up. It's an additional tangible way the player can understand and experience their choice without resorting to taking negatives on to-hit and skill rolls.

This I think is quite interesting.
EDIT: Also would be good for "obligations" the PCs might pick up. Non-trivial things they know they should do but aren't getting around to doing. This might be particularly useful in a hex crawl.
EDIT2: Could also be used for curses like lycanthropy or ghoulification. Each aspect of the curse would be listed as its own set of 1-3 slots. Again representing the burden of the knowlege the PC carries about thier inner desires.
SO HOW DO YOU GET RID OF BURDEN?
Well, if you can't get rid of it you can make it smaller via compartmentalization. Options include:
SUMMARY- I think I really like this idea. It is a way to add player choice in how PCs manifest and deal with psychological guilt/curses/desires/transgressions/sin etc. It promotes its exploration without putting it at the center of the game. And it has a real meaningful (but not intrusive) game impact.
By Warren D. at June 29, 2020
Labels: encumbrance, equipment, player

MOON BASE BLUE by Ian Yusem