LAW & ORDER: There are two sides to the criminal justice system in D&D- the BS Players do and the DM who has to put up with it 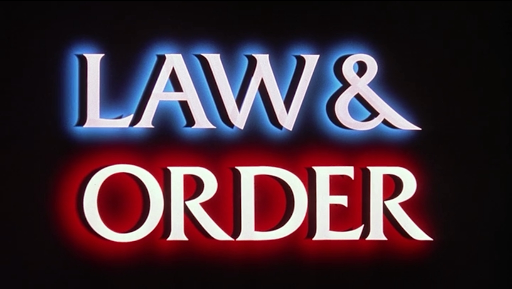 So what is law & order for an anachronistic European-esque generic fantasy setting?

I've thought about this since reading A Time Traveler's Guild to Medieval Europe. It's a great book that covers all the things you would need to know if you found yourself transported back in time. The systems for maintaining order are quite different.

In brief, one person is designated the guardian of order in a village. Anything that happens, that person is called out by the sheriff (appointed by the nobility) to answer for the crimes. If they can't produce the perpetrators or keep order, they die.

Now, after being sentenced to death, you can name your accomplices. This can end up with a lot of score-settling in town. But since a lot of people know each other in small towns and villages and have relatives in the next towns over, "strangers" currently in town will be the first suspects. Or best people to die.

Village/town defense might be served by the local population with torches and pitchforks. If the place is large enough there might be guards in the service of a specific person (or church) but not really for the "greater good of the community".

In terms of D&D, if the laws are too constraining or long they become a burden. Players already have to contend with a set of "meta laws" which are the rules of the game. Adding fantasy laws on top of those rules could easily flop.

I guess there is also an often unspoke set of law at most tables about players not performing certain actions with their characters that would be particularly onerous like violence against innocent babies or performing particularly gruesome acts of torture.

Why do we want to include this?

Without coded laws, I think it becomes actually hard to define what black market, corrupt, decadent, privileged, and "DM's is just screwing with us" actually is.

Now of course there are ways to demonstrate all of the above outsides of a page of laws, but at a basic level, an institution/group/person is corrupt when they ignore the rules that others have to follow in favor of their own code.
Laws also provide an environment where social maneuvering, concealment in all forms, and stealth become valuable as well as connections to in-world institutions. Which draws play away from combat/violence as a catch-all solution to most problems. People complain about combat/violence in D&D, but there is also little in-game fiction that constrains its use.
Stated laws might also help with alignment, in that player judge actions based on societal actions instead of inherent good/evil; factions some into play who enforce, create, and/or adjudicate laws.
How do you run this last piece in an interesting fashion?
False Machine has written a heist adventure that takes into account laws regarding dress, weapons, and the requirement for papers presented if asked:

Sumptuary Laws Glaem has basic laws of dress and behaviour which are… unevenly enforced, (though you could be checked at any time).

I think these help add something to the task of finding and stealing the McGuffin of the adventure. Immediately the value of wizards (as magic doesn't seem to have embargos) and characters who can conceal or have social strategies come to the front.

I guess this post is getting long. So in a Part II, I'll try to lay out some simple rules that also scale from village to town to city.